I read a report the other day that death rates are falling in the UK. As I was saying in a recent post, I like numbers, and I am fairly good at Maths. On the basis of my love of numbers, I would like to correct that report. I might sound like a boring, gloomy accountant, but death rates are not falling. They never will. They will always be 100%.

Sogen Kato was thought to be the oldest man in Tokyo – but when officials went to congratulate him on his 111th birthday, they uncovered mummified skeletal remains lying in his bed. It is now thought that Mr Kato had actually been dead for 30 years. (See a report on the story at  http://bit.ly/apVoxj) Apparently, his family said that he stayed in his room quite a lot. 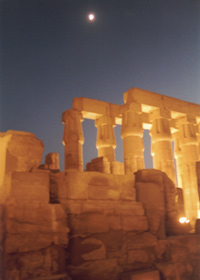 The Egyptians thought a lot about death. The Pharaohs started preparing their elaborate tombs many years before they died. They were ready, or thought they were. Their tombs were temporary resting places from which they would be launched into the heavens as gods.

Mr Kato wanted to be a living Buddha. Thirty years later he was still trying. Instead, he ended up as a mummy, just like Pharaoh.

Today, some people arrange for their bodies to preserved by cryogenics. When they die, their bodies are frozen at temperatures below -150°C, so that some day in the glorious future, they can be thawed out, repaired and brought back to life.

We all know that this life will one day end, but I am sure that for most of us that day is far in the future – at least as far away as we would each like to think. Perhaps we feel that it is so far away that it is scarcely worth a thought.

We all have to prepare for the day, though, and this is one of those subjects where timing is crucial. Making the right preparations is of paramount importance.

He told me “Don’t let your hearts be troubled. Trust in God, and trust also in me. There is more than enough room in my Father’s home. If this were not so, would I have told you that I am going to prepare a place for you? When everything is ready, I will come and get you, so that you will always be with me where I am.” (John 14:1-3)